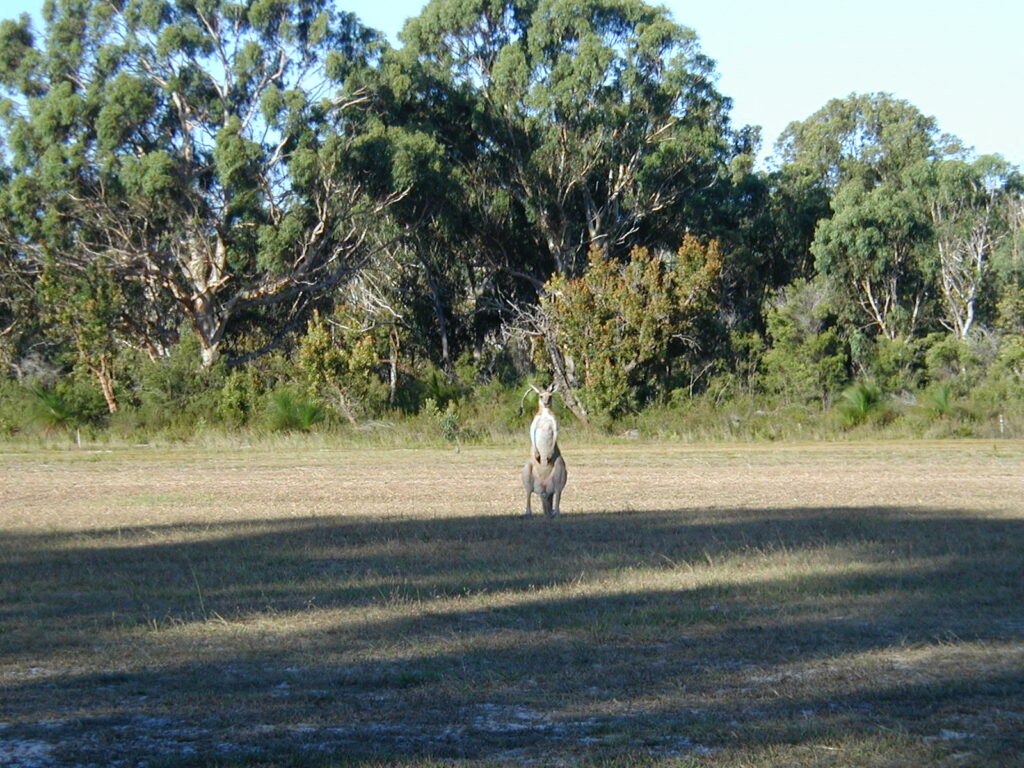 Welcome to my Airfield. My name is Bob. I am in charge of a mob of 20 Eastern Grey Kangaroos - and no, while my mob might scatter to the edges of the runway, I don't get out of the way for anyone.

We share this airfield with a much smaller mob of about 6 Swamp Wallabies, who live up the northern end by the lagoon, some ducks, some curlews, some plovers ... and some humans.

Now read on about my airfield …

In Summer on a windy day you are going to need all the power to weight ratio that you've got, to plough through the turbulence, windshear and downdrafts on take-off. The famous Straddie wing-flick is alive and well on these days during a take-off.

Airspeed fluctuations of 10-20 knots are routine. The worst was a drop from 80 knots down to 54 knots on take-off from runway 33 on a very windy westerly day. Normally runway 15 is the worst for take-offs but not this day. Fortunately this occurred only once in 700 take-offs.

Beware of sink on short finals when landing on Runway 15 into a strong south-easterly. This routinely occurs and you will need some power quickly to avoid a landing in the very rough undershoot area here. This is the number one area of choice for collapsed nose-wheels and damaged landing gear.

For take-off in light winds, or if the wind is all crosswind, select runway 33 as it is downhill, your take-off run will be shorter and you will have some good options for a forced landing e.g. the bitumen road, Straddie Golf Club.

The Good News: Crosswinds are normally benign and easily managed because the airfield is in a valley and protected by trees on either side making the wind at flare height relatively light. At take-off of course, expect to get very busy once you are above the trees!

Runways: Runways are 15/33. Elevation: 250 ft. CTAF: 126.7, BN CEN: 125.7. Runway is 865m long, with grass over gravel road base. The runway width is inconsistent, ranging from 15m at the 15 threshold to 30 m at the 33 threshold. Approaches are generally clear but beware of the tall pine trees beside the 15 threshold. A wind change nearly pushed me into them one day! The airstrip slopes 1 in 64 uphill to the south.

Runway Surface: The runway is pretty rough with some small propeller chips an absolute certainty and some extra wear to landing gear likely in the long term. Recently, I have had to replace a shimmy damper and a steering arm, both of which were original in a 45 year old aircraft.

There is a good grass cover at the moment. Unfortunately, Bob and his extended family of Eastern Grey Kangaroos(see above) have taken to the new growth with great gusto and instead of nibbling at the grass mostly by the side of the runway like they used to, they are now mostly grazing in the middle of the runway where the grass is freshest and sweetest. This new grass also makes a comfortable bed for them to lie on in the mornings, facing the sun to absorb some rays and warming themselves up after the cold night before.

The caretaker is largely ineffective at moving the kangaroos on - they mostly just ignore him or reluctantly move off then move straight back to where they were after he has driven away - and quite often, he won't be there at all.

Just approach all landings at Straddie airfield prepared for a go-around. If there are roos there, you won't see them until short finals. As part of the go-around you will buzz the mob and effectively scatter them except for Bob. Bob will stand up, scratch his armpit, say, "Aw, What??" and go back to his nibbling. Clean up the aircraft and do a quick climbing turn back onto downwind and land before the mob returns. Bob is not a problem as he is a large elderly gentleman, easily spotted and will move slowly to one side once you get close if he is still there at all.

The animal hazard (kangaroos, wallabies, ducks, magpies, plovers etc.) exists on the runway at any time but it is worst in the early morning and late afternoon.

The strip is all weather however use caution after heavy rain. If you try anything but the lightest application of the brakes, you will just slide until you stop. Just make sure you don't land too long on such a day. The soft ground and standing water will slow you down quick enough. Soft sand areas and rough surfaces exist outside the cone markers – use caution.

Taxiing: On busy flying days, taxi with care outside the cone markers only on the western side of the runway to the Rwy 33 threshold(there are depressions and an overgrown abandoned pile of dirt with a tree growing in it!). Taxi also on the western side to the Rwy 15 threshold using the now updated taxi guide below. At all other times, backtracking is recommended.

Circuits: On busy flying days, please join on downwind for your landing and avoid joining on final. By all means, try a straight-in approach at other times. To avoid tiger country terrain, early right hand turns are permitted off both runways if required and traffic permits. 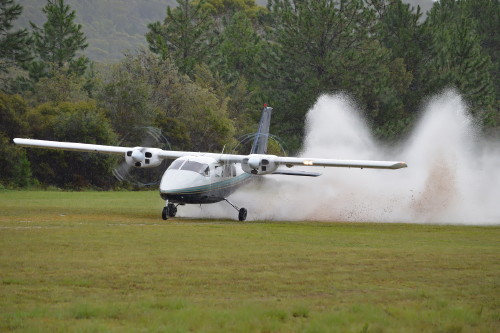 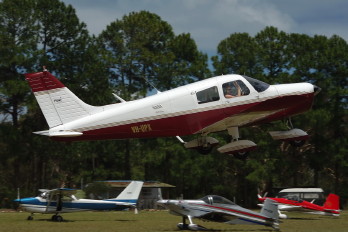 Mobile phone coverage is non-existent with Telstra. You will get one bar of reception if you walk up to the big hangar and stand very still!

For five bars of reception, take the Lookout Bushwalk up to the Lookout where you will not only get excellent reception, you will also enjoy fabulous views of Moreton Bay with Brisbane in the distance while you download and upload your large video files etc.

Permission is not required but landing notification is requested(07 34099727).

Landing charges are now $20 for all aircraft. The $10 discount for ultralights has been discontinued. An annual fee of $100 for unlimited landings is also available but you must be approved as a "friend" for this to happen!