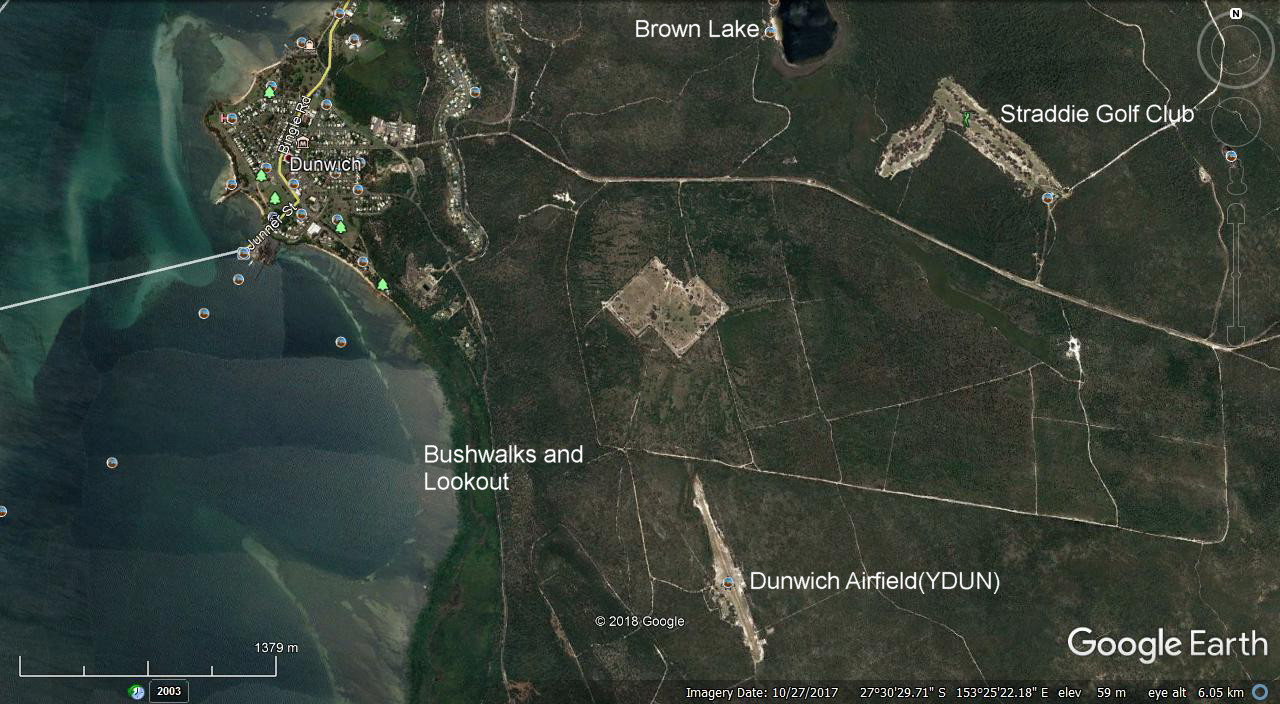 North Stradbroke Island, locally known as Straddie, is the second largest sand island in the world after Fraser Island to the North. It is located off the Queensland coast opposite Brisbane and across Moreton Bay.

There is no bridge to Straddie and access for the general public is by passenger ferry or car ferry only. The only other way to get there is by private boat or a plane.

For those who have a pilot's licence, this situation makes Straddie/Dunwich Airfield an attractive destination as it is only 15 minutes flying time from Brisbane and the cost is about the same as the car ferry.

There are 3 towns, Dunwich which has the island's services and main port, Amity which is a small fishing village with a general store and Point Lookout which is the tourist destination for whale-watching and has most of the eateries and resort accommodation plus the island's only hotel.

Golf. The Straddie Golf Club is only 6 km away (courtesy bus available) and a 5 minute drive. The North Stradbroke Island course is a Par 70 – 9 hole & 18 Tee with grass greens and fairways. If you can't fit your clubs in the plane, you can hire them. Golf carts are for hire as well.

They have renovated their dining area and now operate a restaurant called Bistro Seymour. They are open for lunch, Wednesday - Sunday and Dinner Friday & Saturday. Reservations are essential. Ph. 3409 9999. Just past the Dunwich shops on the road to Point Lookout, try the Fruit Barn Coffee Shop for an excellent breakfast and coffee.

Have morning tea or lunch in Dunwich at the Bakery. The bakery now has a few tables available subject to the COVID-19 restrictions. At the rear of the SPAR, another lunch option is the formerly Skip’s kitchen, still open for excellent burgers and chips.

Another excellent idea for breakfast or lunch is the Jade Lime Thai restaurant and coffee shop, now located in the lounge of the Sharks Football Club opposite the shops. 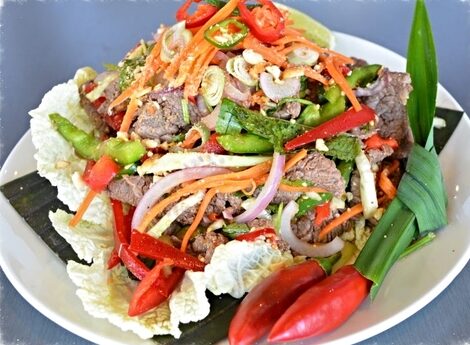 Brown Lake. Brown Lake is a freshwater lake 4 km North of the airfield and, if you can't access a car, can be easily walked by taking the route through the semi-abandoned plant nursery - this is the cleared area between the lake and the airfield.

Try a picnic, a barbecue or go for a swim. There is no fishing as there aren't any fish. Dogs are prohibited in the Brown Lake area.

Bushwalks: Try one of our 3 maintained bushwalks in the area to the West of the airfield and into Dunwich.

The Lookout Walk takes you up the dune between the airfield and the coast to give a wonderful view of Moreton Bay and Brisbane.

The Dunwich Walk extends the Lookout Walk all the way into Dunwich itself. Read more ...

Tours: If you can't decide what to do, let a professional operator like Straddie Kingfisher Tours do it for you. Straddie Kingfisher Tours is owned and operated by Straddie local and Dunwich Airfield hangar owner, David Thelander, known as Barefoot Dave to all those who travel with him. I have known Dave since he spotted my company car with my air charter company logos plastered all over it in the main street of Dunwich 20 years ago. Dave will pick you up at the airfield. Ph: 0409 123 586 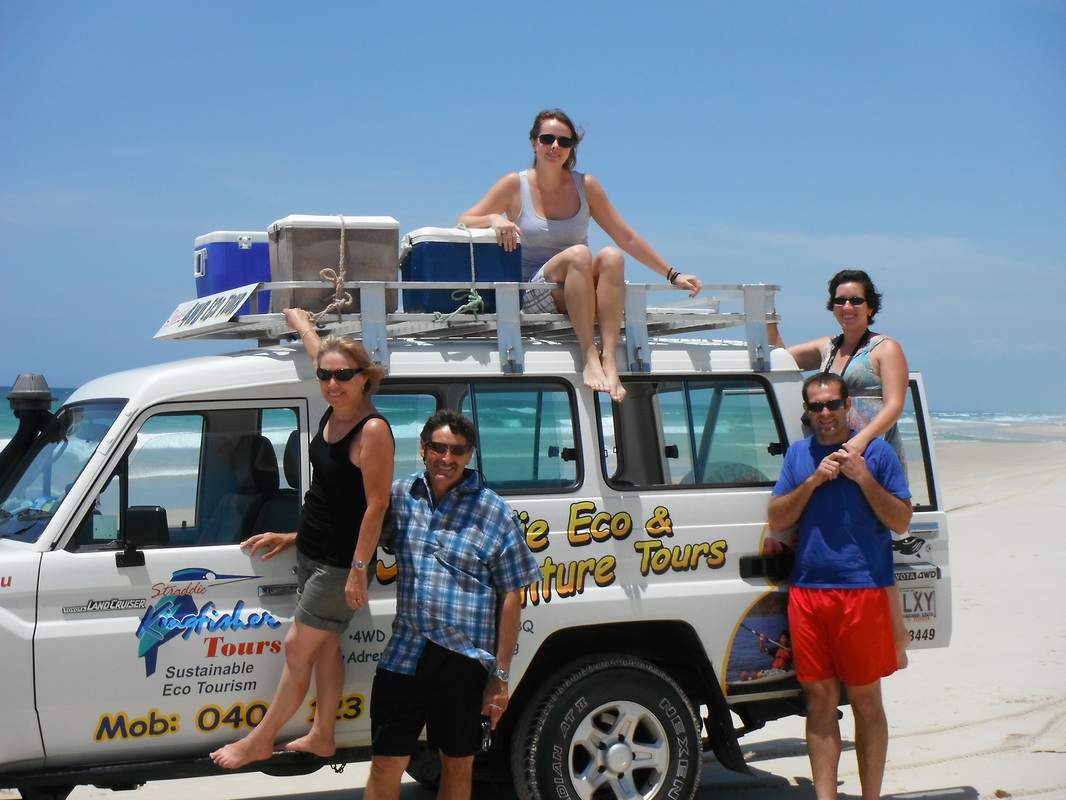 Airfield Accommodation: The airfield now no longer offers any caravan or camping accommodation like it used to. One caravan is available from time to time when the caretakers aren't living in it.

All caravans have now been disconnected from the power supply as of August, 2019.

All caravans have now also been disconnected from the water supply as well. They were never reconnected after the tank stand reconstruction after it collapsed.

Transport: A vehicle can be hired for a fee. See the airfield caretaker.

Another option is the local taxi, Stradbroke Cab Service(0408 193685), which operates 10 passenger Maxi Taxis. At $30 for the trip into Dunwich, this is quite economical for a small group.

Once you are in Dunwich, you can decide whether to continue exploring the island with the taxi or catch the Stradbroke Island Bus.